A lot of people see that clothes are just a way of protection from coldness or hotness, or a reflection of the culture of a specific country.

Fashion is a substantial way of expression, what we chose to wear matter it expresses a hidden side of our personality that sometimes words or attitudes cannot express it.Most of the time when I do not feel good, or I don’t feel myself that much, I choose to wear something that I love and then boom I start feeling so powerful, sexy and confident… Which means I start thinking positively so that my day start flourishing.

Personally I see that fashion is a great tool to improve your wellbeing it’s a great way to find mental stimulation, in turn building your confidence.Fashion is a magnificent way for expressing your self creativity and of sure your comfortability whatever your style is, even tho is not that trendy.

So i hope y’all enjoyed it. Don’t forget to share your thoughts with us down below.//Take Care//

As a big fan of fashion the 2000s marked me a lot, it was a time that I was obsessed with DISNEY CHANNEL stars especially MILEY CYRUS aka HANNAH MONTANA or ARIANA GRANDE in SAM & CAT…….

Personally, I’m a big fan of 2000s fashion trends, especially” The Glitter lip gloss” and “The all Denim”.

Yo guys! y’all can’t forget that, the tattoo choker is one of the jewelry pieces that I adore in the early 2000s fashion, also it was trendy in 2014/2015 and guarantee I was wear it all the time.

If you know me, you know my love for denim. Denim owes a lot to 2000s fashion. Kind of anything was denim JACKETS, HATS, SKIRTS…. LOVE IT.

Actually the amazing trend of Baguette bags is back now, which is amazing.

I remember I had one in purple, which I was in love with. Velour tracksuit were also an important item of the early 2000s fashion, especially the ones who had the messages on the butt.

The 2000s MINI SKIRTS gives me PARIS HILTON vibe, skirt was also an influence item in the 2000s especially the DENIM ON.

Hope y’all enjoyed it, don’t forget to share your thoughts down below and your favorite 2000s trend.

1/ The fashion industry is responsible for 8% of carbon emissions.

3/Jewelry was first worn by men, was popular among kings and royals.

4/ Woman’s fashion changed with the invention of cars, so that skirts were made shorter to allow women to step into automobiles with more ease.

Coco Chanel was a good singer as well. In fact she was a singer before entering the fashion industry.

Levis jeans are one of the most popular brands of jeans.

Victorian boys wore dresses until they were around 4or5 years of age.

Elisabeth was a big fan of hats, and as a result, females who did not wear them on sundays and public holiday were given a large fine.

.Before world war 2 it was not acceptable for woman to wear shorts in public

. Baggy pants were first worn inside a LOS ANGELES prison. Since the inmates weren’t allowed to wear belts

. Makeup has been used by woman since before CLEOPATRA’S time. They would use berries and other fruits to give their faces some color

. Technically items are only vintage if they are made between 20 AND 100 years age

. The little black dress was compered to the FORD car when it first come along in 1926. Since it was practical and simple

What’s up you guys?! Hope you’re enjoying your weekend. To make your day more amazing i have collaborate with an amazing indian fashion blogger SHIVANI from the blog: https://ivablog.in featured in india’s top 100 fashion blogs. This post all about fashion DON’TS to avoid, the other part is in iva blog do check out the fashion DO’S to level in your fashion sense https://wp.me/pc8xcC-tHhttps://wp.me/pc8xcC-tH

END_OF_DOCUMENT_TOKEN_TO_BE_REPLACED

To honor the best in the music industry.

She was the European editor for HARPER’S Bazzar from 1999 to 2004. The book is talking about the life of YSL and how he became a legend in the fashion world

#5 ” without elegance of heart there is no elegance “

ALL ABOUT MARILYN MONROE:

Marilyn monroe she is an American actress, model and singer born in Los Angeles California famous for her comedic “Blond Bombshell “

And a bunch of another looks 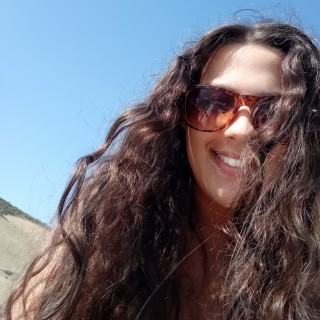